The wait is over: After being surprised by the sudden craze for our 215 T-shirt, we are finally ready to serve up this timeless classic again! 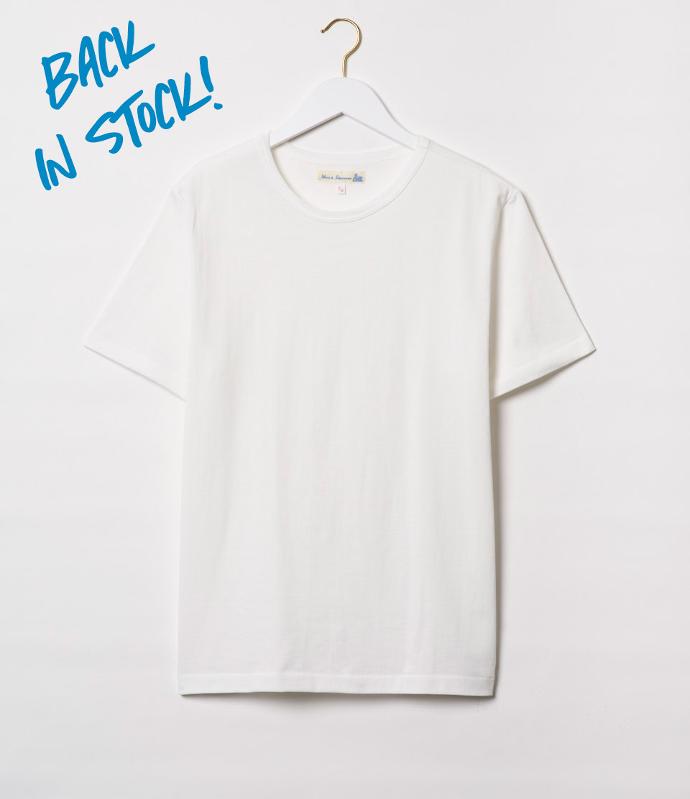 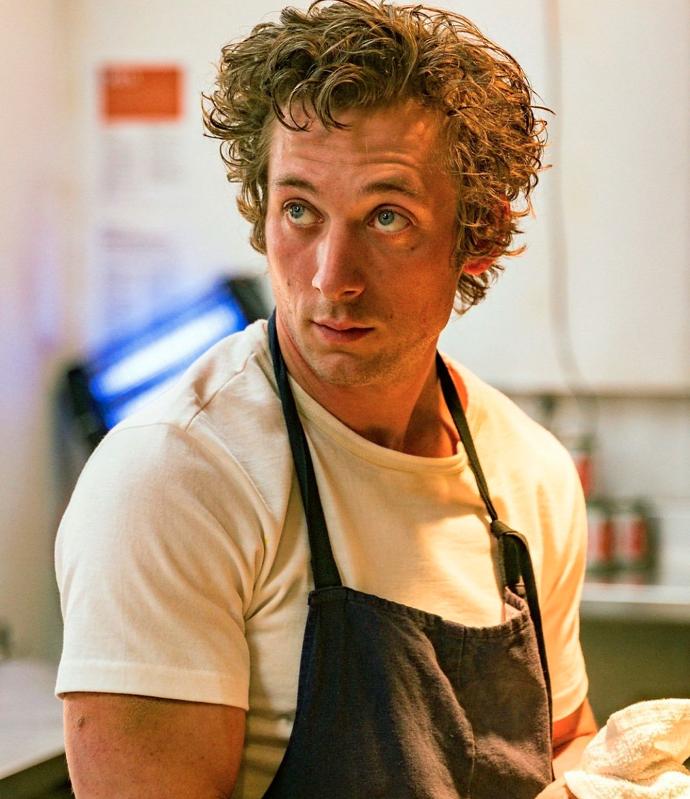 In what is probably the show of the summer in the US – 'The Bear' – the main character Carmen 'Carmy' Berzatto, struggles with the realities of running a small family business. Being an aspiring chef in fine dining restaurants, he returns to his hometown Chicago to take over the family’s sandwich shop after a death in the family. The show is about family, life-transforming decisions, and good basics that are produced honestly by passionate people: be it the meat sandwiches Carmy and his kitchen crew serve or the clothes he wears.

Carmy’s appeal is, of course, partly due to lead actor Jeremy Allen White's chiseled arms and the tattoos that cover them, but we like to believe that it also required the right T-shirt to accentuate them.

The internet agreed, and soon whole Reddit and Twitter threads popped up, dedicated to figuring out where Carmy got such a remarkable specimen of a plain white T-shirt.

Some users pointed to our loopwheeled 215 T-shirt, highlighting a few details that made it clear to them that Carmy’s tee could only be an original Merz b. Schwanen piece: the panelled crew neck, outline of the tag on the back, the triangular inserts under the ams, and of course, the  authentically made fabric made on our original loopwheelers in Germany. 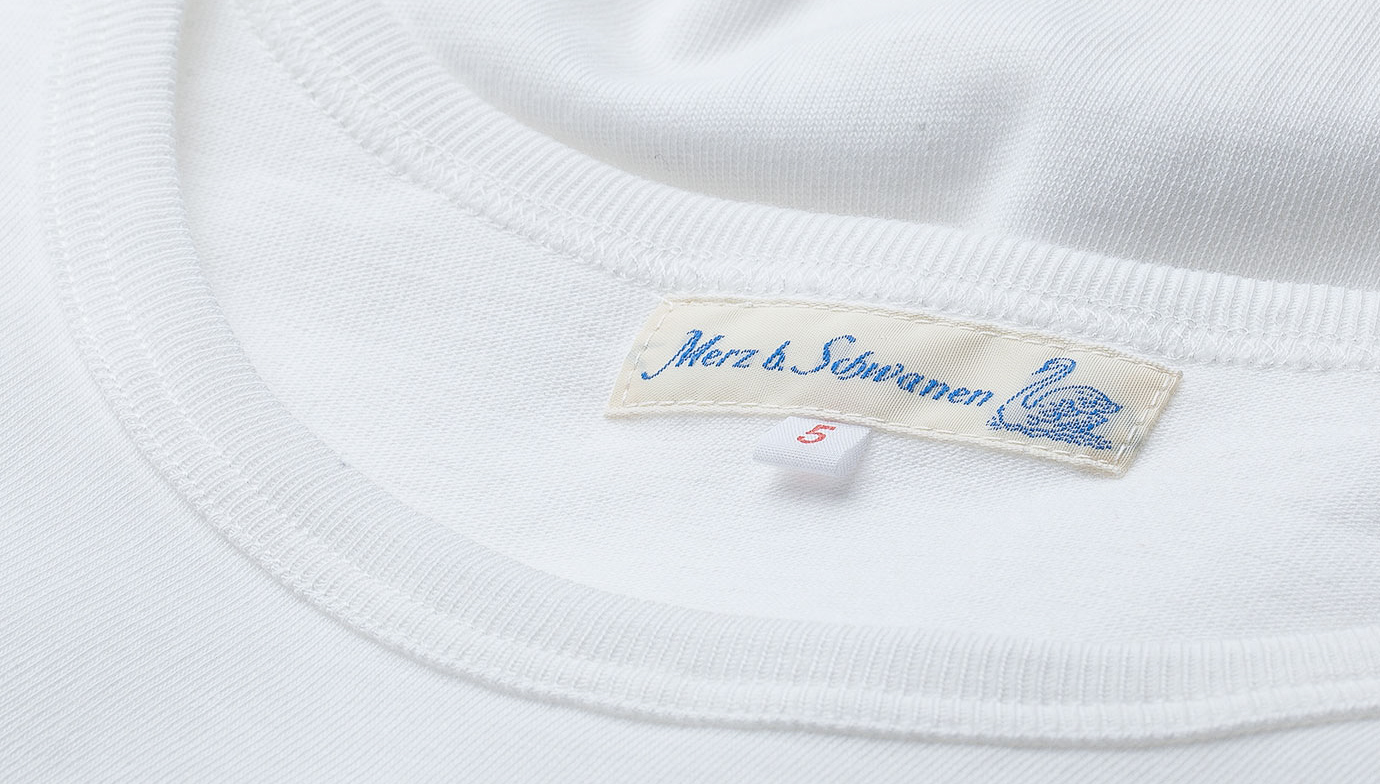 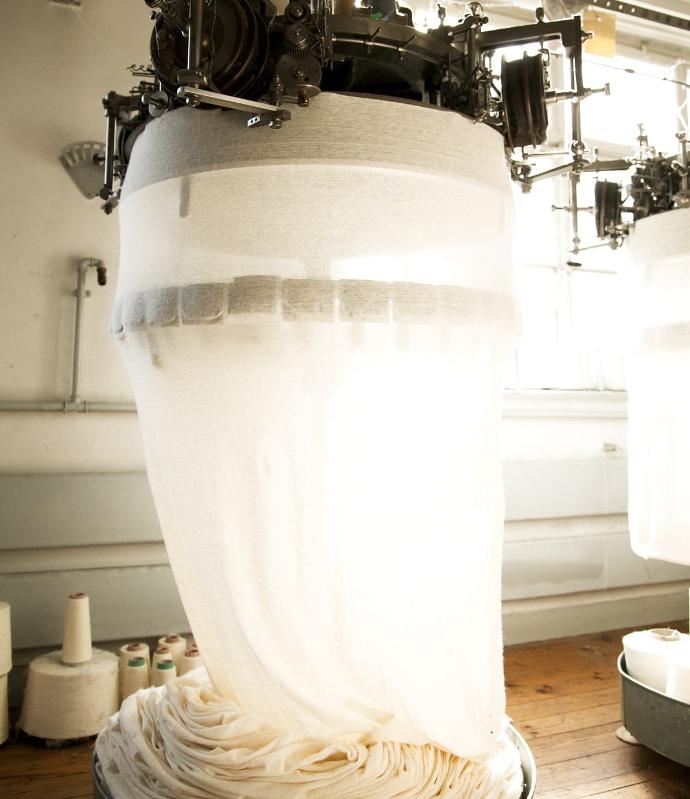 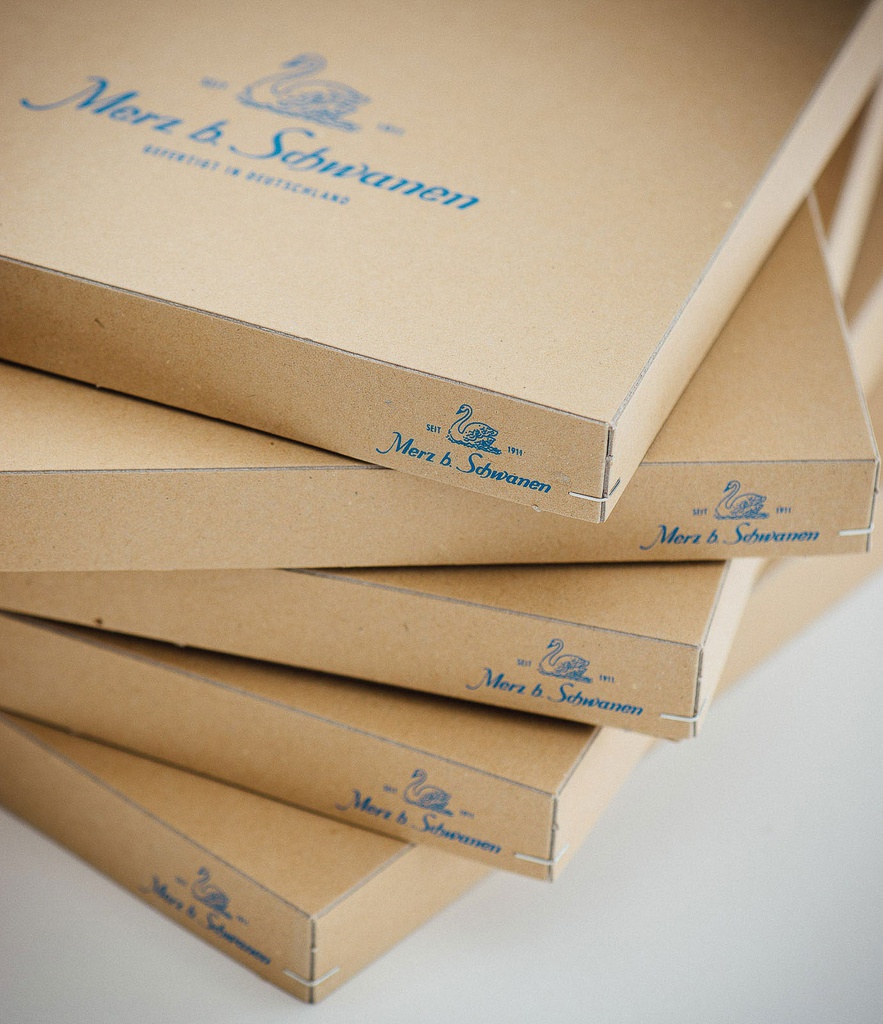 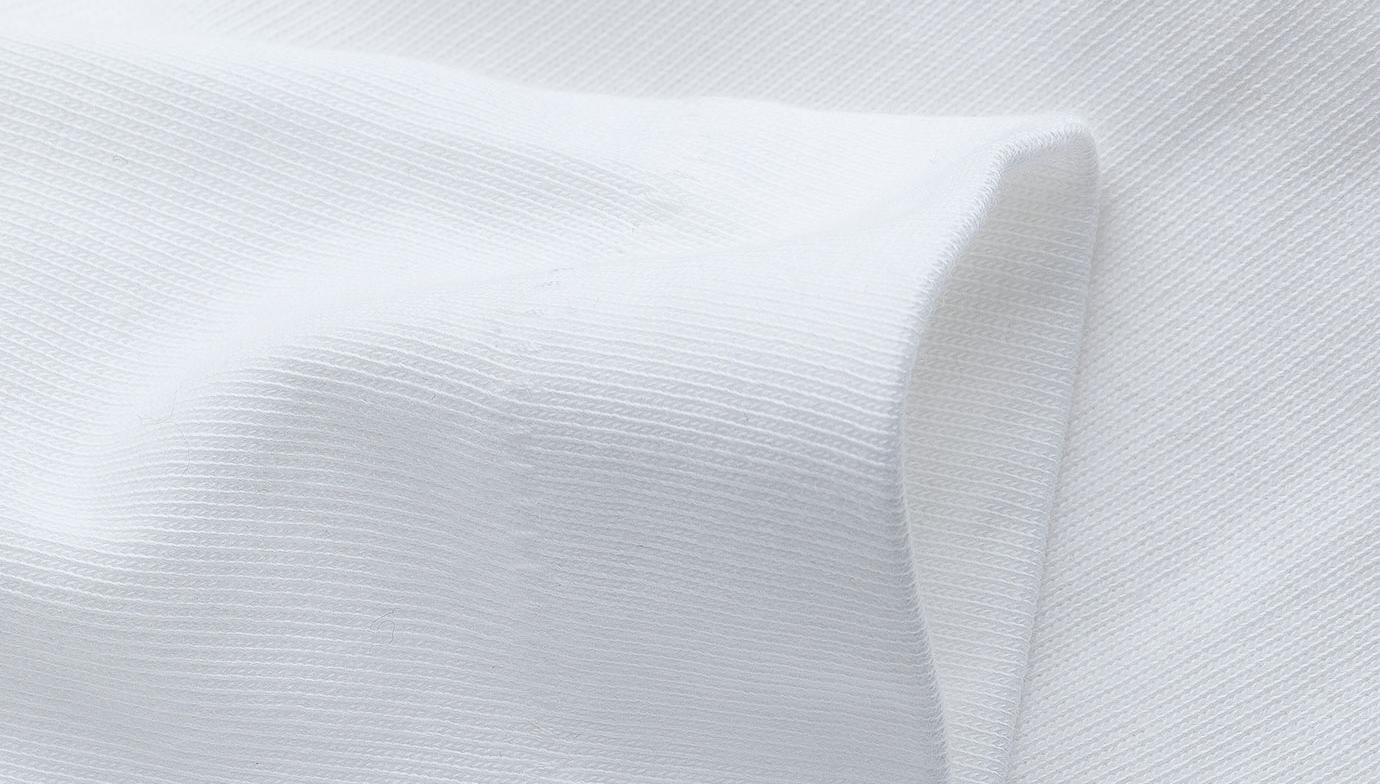 Cristina Spiridakis, the costume designer for the show's pilot, confirmed this and shared her reason for choosing our 215 T-shirt: “It’s the Merz b. Schwanen 215 tee. When you see them in person, when you interact with them, it’s just different. They’re made differently, and I think that’s clearly reading, I think people are picking up on that (…).”

For Spiridakis and Courtney Wheeler, who designed the costumes for the remaining episodes of the FX series, these small details made the difference in painting Carmy’s character. As most of the show takes place in the kitchen, the available scope for the costume designers was limited. Working in a kitchen Carmy of course, values comfort and the ability to move effortlessly. But his character also deeply values well-produced, timeless garments, as the pilot episode instantly makes clear when the viewers get to admire his vintage denim collection containing classics such as Levi's Big E. selvedge jeans. Looking for the perfect white T-shirt to pair with Carmy’s denim, our 215 T-shirt, produced using the highest quality all-organic cotton with old loopwheeler machines in Germany, was a natural choice for the costume designers.

Completely taken by surprise by all this internet frenzy was us, who had no idea that one of our GOOD ORIGINALS was starring in 'The Bear' — and we couldn’t be happier about it. In a matter of days, customers were clearing the shelves virtually from our online store and physically from our stockists such as Selfedge in the US.

Luckily, for everyone trying to re-create Carmy's look or simply looking to stock up on their favorite Merz b. Schwanen basics, the wait for our 215 T-shirt in white and nature has finally ended: Get yours here! 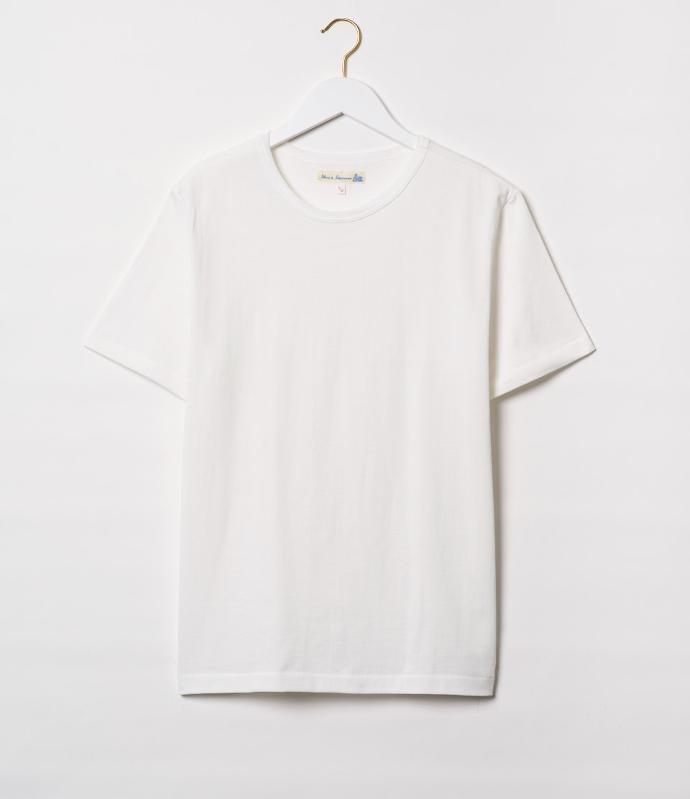 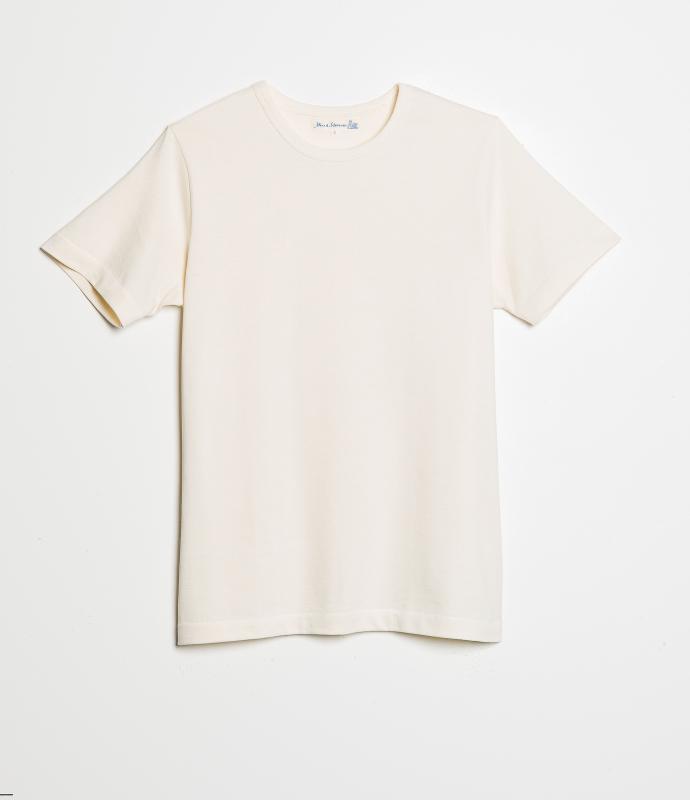 Looking for a new show to watch? We'd recommend 'The Bear'! 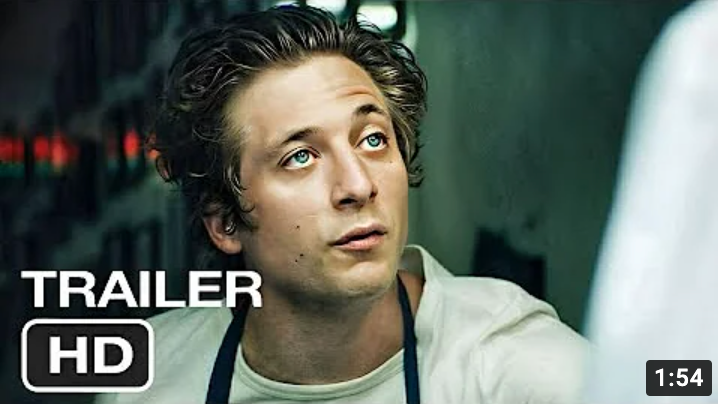 We are grateful to be featured in the TV drama show 'The Bear' airing on FX
in which lead actor Jeremy Allen White stars as the cook 'Carmy'
who not only knows how to make delicious meals but also
– according to the experts at GQ  and New York Magazine's The Strategist  –
appreciates a good T-shirt!
Interested in what they say?
Read it here:
GQ The Strategist
in Good News
# #goodpress #goodstyle #loopwheeler #madeinGermany #organiccotton

#goodpress #goodstyle #loopwheeler #madeinGermany #organiccotton
Read Next
Good things take time: From the fiber to the finished garment
The uniqueness of the GOOD ORIGINALS Line